For your viewing pleasure, there are scads of great hamshack and ham radio set images over on Retronaut where they’ve labeled them “the first internet.” It really was.

It’s here! Now there’s a discussion guide for Radio Girl for mother/daughter book groups, complete with an online old-time radio listening guide and a recipe for an authentic egg cream, Cecelia’s favorite thirst quencher! Click image below to see it full size and to download. If you use it, let me know how you like it.

For educators, there is also a nifty classroom guide prepared by publisher Holiday House to download for free!

A QSL card from an operator in New Jersey, 1938 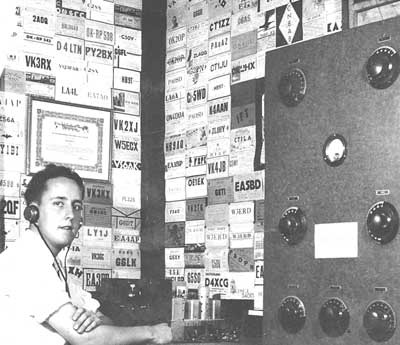 Teen in his ham shack.

Never before could just any random kid talk to people all over the world, unless they had pen pals. And that took weeks for a reply, whereas this was as good as immediate. If you were a ham operator (and there are lots of people who still use ham radios today) you would have your own call sign made up of letters and numbers, kind of like a screen name.

I found these cards for sale on a popular web auction site.

After connecting with someone through the airwaves, the two of you would exchange postcards called QSL cards through the mail, cards with the ham’s code and other information on it, plus sometimes some artwork. Most hams plastered the walls of their ham shack with cards they had received, just like T.K. does in the book. 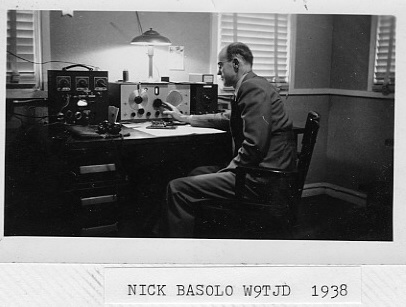 Some guy who doesn’t have a display of QSL cards for some reason.